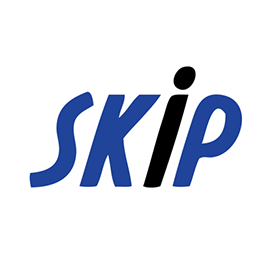 821.03 Claims for Different Invention Added After an Office Action [R-08.2017]
Claims added by amendment following action by the examiner, as explained in MPEP § 818.02(a), and drawn to an invention other than the one previously claimed, should be treated as indicated in 37 CFR 1.145.

37 CFR 1.145 Subsequent presentation of claims for different invention.
If, after an office action on an application, the applicant presents claims directed to an invention distinct from and independent of the invention previously claimed, the applicant will be required to restrict the claims to the invention previously claimed if the amendment is entered, subject to reconsideration and review as provided in §§ 1.143 and 1.144

The action should include form paragraph 8.04.

¶ 8.04 Election by Original Presentation
Newly submitted claim [1] directed to an invention that is independent or distinct from the invention originally claimed for the following reasons: [2]

Since applicant has received an action on the merits for the originally presented invention, this invention has been constructively elected by original presentation for prosecution on the merits. Accordingly, claim [3] withdrawn from consideration as being directed to a non-elected invention. See 37 CFR 1.142(b) and MPEP § 821.03.

A complete action on all claims to the elected invention should be given.

Since the above-mentioned amendment appears to be a bona fide attempt to reply, applicant is given a TIME PERIOD of TWO MONTHS from the mailing date of this notice within which to supply the omission or correction in order to avoid abandonment. EXTENSIONS OF THIS TIME PERIOD UNDER 37 CFR 1.136(a) ARE AVAILABLE.